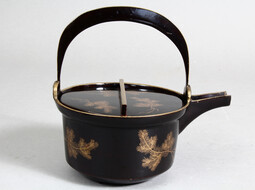 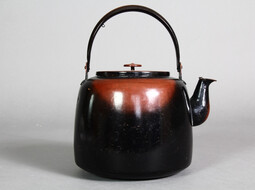 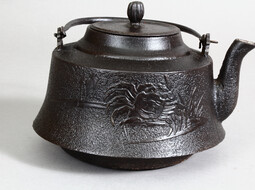 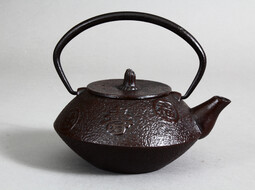 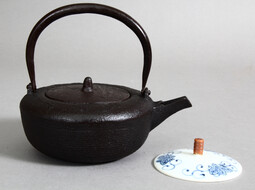 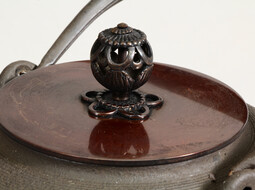 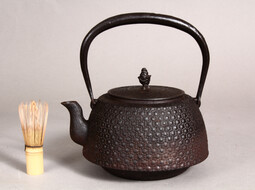 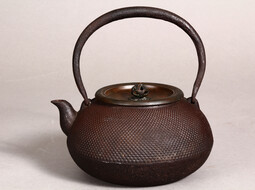 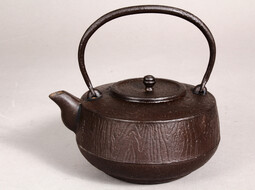 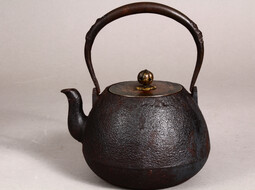 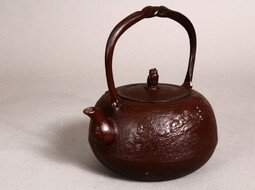 As a user of a Japanese water kettle for decades, which we have used for the preparation of our black tea, we have a deep affection for these utensils and offer here a few pieces.

The old kettles are also in demand and expensive in Japan.
Workshops and artists have marked or signed these objects, in Japan there are a large number of collectors of these, in design often very own pieces.
The prices can be very expensive depending upon manufacturer and might cost also 4 digit sums.
Since the kettles are made of cast iron, they will easily rust if incorrectly treated.
Here are a few proven household tips:
Rust inside: boil with green tea leaves,
In case of rust on the outside: rub with used fresh green tea leaves and dissolve stronger rust deposits with vinegar essence.
We rub the outside of our kettles with olive oil from time to time.

The offered kettles were pre-cleaned and treated in the described way.
Allow damp kettles to dry inside after use, never store with the lid closed.
Iron oxide is not toxic.

It is said that by using a cast iron boiler a blood iron deficiency can be prevented.

Cookie Settings
We use cookies to improve the site
In order to be able to optimally design our website for you and to be able to continuously improve it, we use cookies. If you click on "More information", you can agree to the use of certain cookies individually. You can change your settings at any time by clicking on the cookie symbol at the bottom of the page.