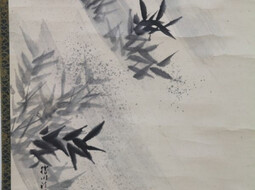 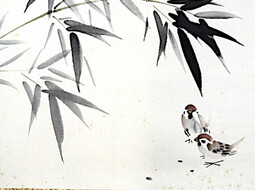 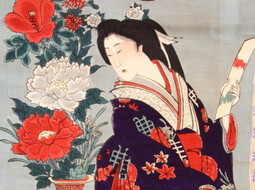 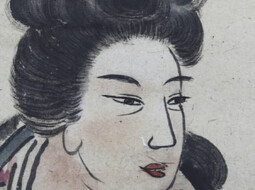 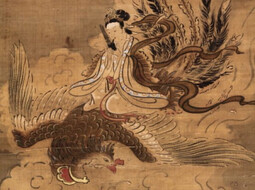 Benten on the Phoenix

Bird in the reeds 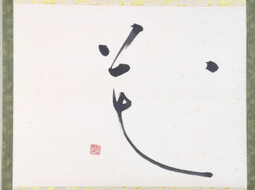 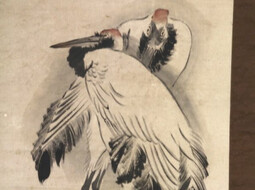 Fishermen working in the rain 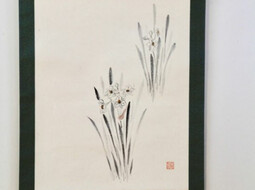 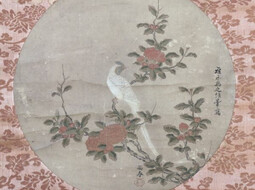 Goose in front of the moon 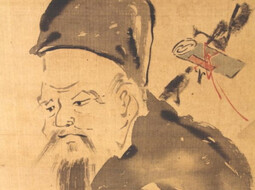 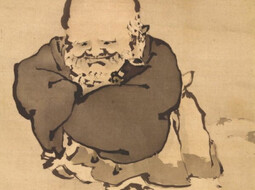 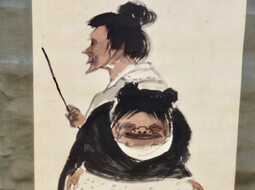 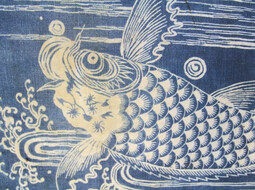 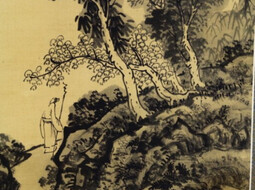 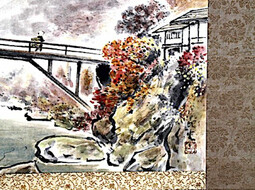 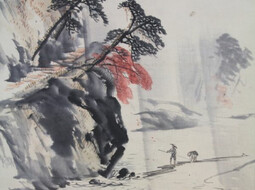 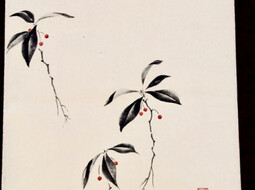 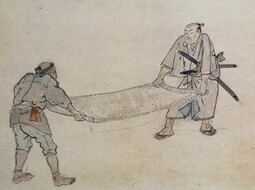 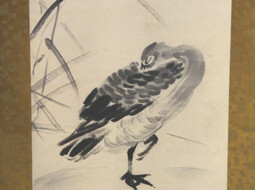 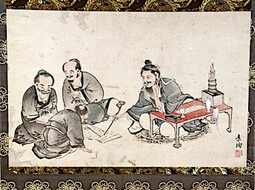 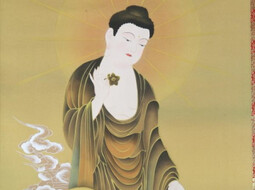 Artist: Jobutsu Kinsha 20th century
weight g/sqm
Details
Item n° 15.02.120
420,00 €
incl. 16% VAT plus shipping
Kakemono or Kakejiku.
In Japan, the works of art are not mounted in a frame as we do, but on paper and usually framed with an elaborately designed silk fabric. In this way, pictures are created that can be rolled up to save space and stored in a specially made wooden box. Thus, it is possible for every household to own many pictures and to select and hang them according to the circumstances or seasons.
Mostly the scroll paintings are hung in the Tokonoma, the traditional jewellery niche that was common in every traditional Japanese house.
In the past it was used exclusively for religious purposes, but later it was also used as a seasonal object of contemplation or as a decorative element.

The motifs were often painted on silk. The mounting takes place on paper, the "frame" forms a brocade border. A special paste, matured over many years, keeps high-quality pieces smooth and rollable even after a long time.

The roll ends are made of wood, bone, ivory and porcelain. For newer pieces plastic was also used as well.

Many well-known motives were often copied and also provided with the original signature.
That is why it is difficult even for experts to assign the motifs exactly.
In Japan and China this is not an attempt to cheat, but also to pay homage to the person who has been copied.
How elaborately a Kakejiku is mounted, indicates the appreciation of a scroll picture. The pictures were provided in the course of the decades now and then according time’s taste with a new frame. The ends of the roles also have a certain expressiveness. So, no one will provide a simple picture with ivory roll ends.

A new assembly is connected with high costs, in Korea approx. starting from 800 Euro, in Japan starting from 1100, with us accordingly more expensive. For this reason, a new mounting of most of the rolling pictures seems too complex and expensive.


We always try to describe all offered articles to the best of our knowledge.
An inspection of all goods with us locally would be pleased us.